Over the July 14 weekend, playoffs for New Mexico USTA/Junior Team Tennis (JTT) took place in Albuquerque with First Serve’s 12 & under and 14 & under teams both taking third place. The teams will be attending sectionals August 3 – 5 filling in as No. 2 competitors.

“The kids played their best and we are very proud,” coach Sangye Phuntsog said. “Seeing the competition has definitely motivated them and we look forward to next year.” 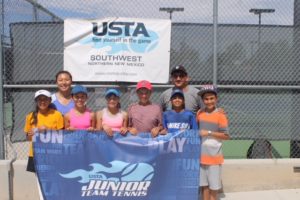 The 14s team beat their first opponent after a 25-game tie, with Serena and J.R. winning the super tie breaker. On the 12s team, Mariella made a strong comeback from a 1-5 deficit to win in a tie breaker as well.

Carlos proved himself as a tournament player, with his role in doubles on both the 12 and 14 teams.

Many congratulations to our hard-working student athletes, who have been training and competing since the beginning of the summer! 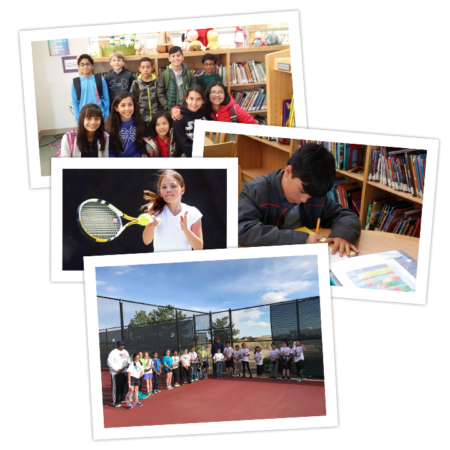