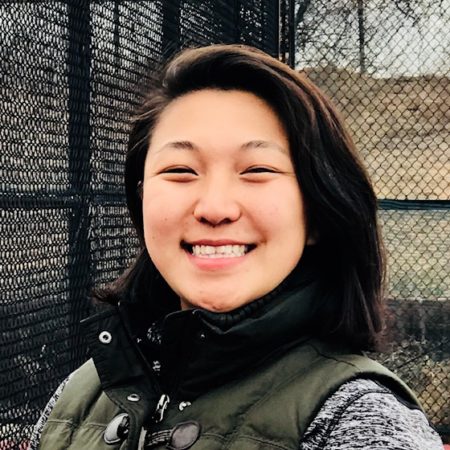 I was in the 8th grade when I heard about First Serve – New Mexico. During a middle school open house, my physics teacher mentioned she worked for an after school program that provided two days of tutoring and two days of tennis every week, free of charge. This piqued my mother’s interest because school was only going to get harder, and she wanted me to have any help I could get. My parents also needed a way to keep me busy since they both worked. As the oldest child of an immigrant family, much of what I did was a kind of test run. My parents did not know much about the American education system, so depending on what we learned from my experiences, we would do things differently for my younger siblings. First Serve – New Mexico was the test run that immediately recruited my siblings.

My parents did not have many opportunities to achieve a higher education, so it was crucial to my family that their children would be educated and successful. The road to achieve that goal was well outlined and traveled: graduate high school, graduate college, and get a job, that was the formula. As the first person in my family to have the opportunity to go to college, learning the application process for college and how to apply for financial aid was foreign and confusing. During my sophomore year, I applied for and received a scholarship to help pay for college with the help of Eleanor’s wonderful recommendation letter. First Serve gave me so much support in my journey for a higher education.

In my five years in the program I had established myself as a good student, receiving straight A’s throughout the majority of my education. It wasn’t until my senior year that I began to fall behind. My Algebra II class did not prepare me for precalculus, and as a result precalculus was my most difficult class. I also traveled in the winter of my senior year to see my grandmother who lived in Nepal, setting me behind in classes. Seeing my struggle, Eleanor reached out to me and offered me whatever resources I needed. This help came in the form of a private tutor who met with me every school day, as well as on the weekends, to ensure that I was keeping up and understood the material. Because of this support, I graduated high school and was accepted into Earlham College.

Along with the amazing academic help I received, I was introduced to a sport that I had never played but have grown to love: tennis. The only sport that I participated in before tennis was swimming, and the idea of having an actual opponent to beat rather than a group of individuals was terrifying to me. I remember trying to think of excuses to avoid as many tournaments as I could, but the coaches would always encourage me to go out and try my best. No matter what the results of my matches were, the coaches and First Serve team were always there, cheering me on and supporting me. Soon I found myself looking forward to match play; I had a newfound confidence in myself and began to believe in my potential. This attitude was crucial in learning to navigate the new environment of college in another state.

However, college wasn’t what I expected. Soon after my first semester, I began to realize that I wasn’t doing as well as I had aimed, and that my initial love for education and learning was fading. I couldn’t help but feel that something was wrong with me. I was there, pursuing the dream of getting a higher education and creating a successful future for myself, but I was unhappy. After looking at my surroundings and within myself, I realized that nothing was wrong with me. I just wanted something different. I was conditioned to believe that the path to success was to graduate college within four years, so the possibility of another path seemed like a mistake. But the mistake I kept making was accepting my fate as it was, regardless of how I felt, as if my life was not in my own to control. It was because of this realization that I decided to transfer from an out-of-state college back to New Mexico.

Coming back, I feared the ridicule and criticism that I would face. Leaving college with the reason of “I am not happy there” would seem foolish to most, so I prepared myself for what may come. I was especially ready to hear some criticism from First Serve, since they helped me succeed in high school and supported my path to college. I expected Eleanor to give me a piece of her mind, as she had always encouraged whatever goals I set and constantly believed in me and my potential. But criticism never came. Instead, when Eleanor realized that I was back in Santa Fe, she offered me a job. First Serve was at my side, giving me whatever help they could, just as they did when I was in middle and high school. They showed me that I wasn’t alone and that I always had their support.

Now I work as a tennis coach for First Serve at two schools in New Mexico. Though I was initially pursuing a medical degree to become a doctor, I have decided to shift into nursing and am enrolled in the nursing program at Santa Fe Community College. As I learned more about medicine I realized that I would rather have a hands-on experience with it. Having the support of my family and First Serve has really helped me keep a level head and focus on my goals as I plan my future.

The term “family” comes up often when most programs describe what they try to be, but often those families end after the participant leaves the program. First Serve – New Mexico sets itself apart by maintaining connections after the participant leaves the program. They are with you as you go through life, navigating the winding roads, obstacles, and detours. The people I have met through this program have remained my friends, despite the fact that many of us have begun paving our own paths. After building our relationships through our academic struggles, and being a team of support and strength during tournaments, they have become lifelong friends and a second family to me. Through staying in this program I have seen myself grow not only as a student and tennis player, but also as a person. I’ve broken out of my shell, and learned how to be a leader by coming to terms with which path is right for me. I now understand that when something doesn’t go the way I planned, I don’t have to have the fear of facing it alone. Grateful seems like an understatement when I think about all that Eleanor and First Serve – New Mexico have contributed to my life. I can’t help but feel extremely lucky to have gone to that middle school open house all those years ago. 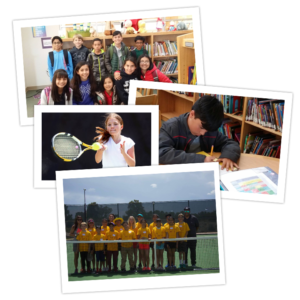